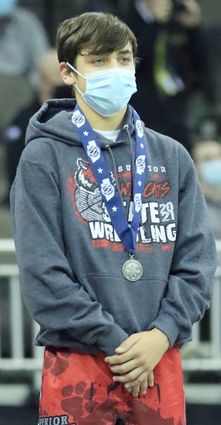 Hayden Neeman takes his place in the second position of the podium at the state wrestling tournament. He took second in the 106 pound weight bracket for Superior.