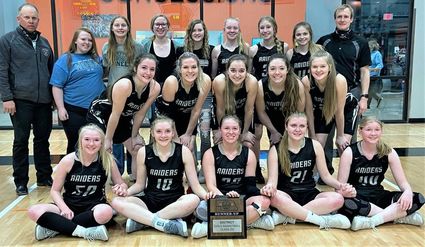 The L-N Lady Raiders' basketball team persevered through a season affected by a national pandemic and some of the most severe winter weather on record. However, their season ended in the championship game of the District D2-2 tournament. The local girls were the No. 15 seed of the 16 teams still playing basketball before the State Tournament. They played the No. 2 team in Falls City Sacred Heart in the District finals and were defeated by a score of 31-58.

rated teams, but the usual steady play of the Lady Raiders was...