Lion's Club donates funds for Swings in the City Park 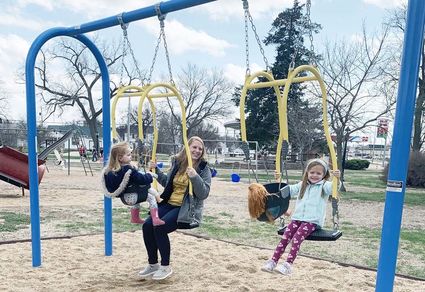 Friday, Millie Smith (2), swings in the special ‚"Expression Swings" with her mother Kara Smith. Emma Smith (4) and her Emma doll swing alongside in an adjoining Expressions Swing. The swings are a new addition to the Superior City Park. These swings were purchased with money donated by the Lions Club in 2020. The Lions Club has since disbanded.

Superior Lion's Club donated $5,700 to the Superior Park Department last December as a final gesture before disbanding. This was their last act as an organized community service group. The Lion's Club had been thinking of purchasing the "Expression Swing" sets but the time never seemed to be right for the purchase.

In the fall of 2020, the discussion of needs of Superior were forefront on the minds of the club members. When they decided to disband the club, the decision was made to purchase "Expression Swings." The members had seen them in other towns and thought it was a great idea for S...