City of Nelson Municipal Pool to open for season 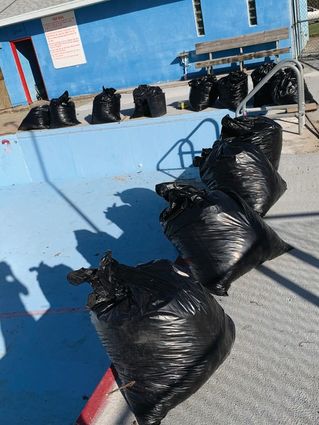 The City of Nelson plans to open the municipal pool plans the doors for this year’s pool season. Last year, the state was not allowing pools to open until July, and with the shortened season, and the COVID-19 restrictions, the decision was made to close the Nelson pool for the year.

The city hopes to see the work at the pool completed soon and the pool open for business by Memorial weekend. The official opening date is not until June 15, but the last few years, the pool has been able to open early and stay open consistently throughout the season.

A few changes may be noticed this year. Those are the newly poured pool deck and the possibility of a slide. Prices have also changed a bit to allow for an increase in the lifeguards’ rate of pay. For many years the starting wage was $7.25 per hour. Now the guards will start at $8 per hour. Lifeguards are responsible for the purchase of their uniforms and the expense of training. This increase will help to offset the rising prices of those requirements. Several guards went to other pools in the past because the pay at Nelson was lower than other area pools. Hopefully, this will change that as well.

New daily rates and an increase in the cost of pool passes will also happen this year. General admission will go from $3 to $4 a day. A season pass for a family of four will cost $120, which is a $20 increase. The rate for pool parties has also seen a slight increase.

The pool will employ 11 area youth this summer, including two guards from the previous season. Teraesa Bruce will be the pool manager. She is hopeful with the help of the two assistant managers, she will be able to delegate more of the pool’s responsibility.

The City of Nelson and the park board are always needing funds to be able to keep the pool up and running from season to season. In a small town, there is not a ton of options for youth to do in the summertime. It’s an expensive little luxury that makes no profit. Over the past few years, donations have made it possible to purchase pool toys, lounge chairs and the slide the city hopes to install before opening this season. Donations to the pool can be made at the city office or at the pool once the season has begun.