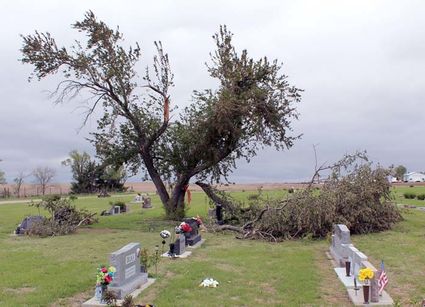 One of the early Lady Vestey Victorian Festivals featured a battle of two giant robotic type creatures. The creatures did battle on the football field before an audience that numbered in the hundreds if not thousands.

People living or visiting along the Kansas-Nebraska Saturday afternoon had a first hand view of what happens when two powerful storm fronts collide. Powerful updrafts turn day into night, sand blasted everything that got in the way and caused considerable property damage. Here in Superior trees were blown down and limbs broken. Buildings were damaged by the hurricane force wi...