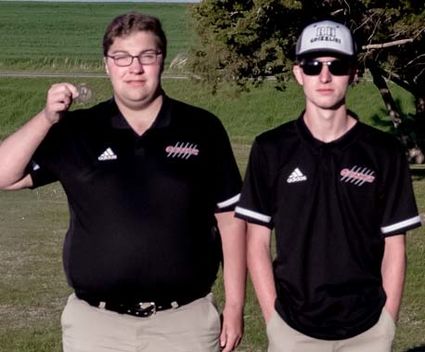 The Grizzlies finished in fourth place at the 18-hole match, with 370 strokes, in the five team field. Other teams at the match were Lakeside, Riley County, Tipton and St. John's. The four lowest individual scores comprise the team score.

The Grizzlies played at the Riley County Invitational at Riley Friday. The Grizzlies finished in fifth place, with a team score of 406, in the five team field. Other schools at the match were lakeside, Riley...