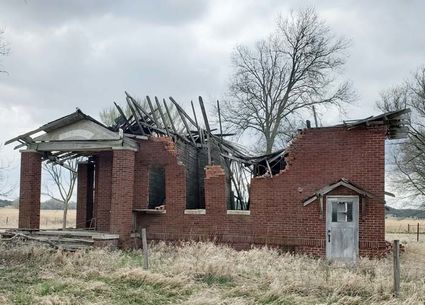 The 95 year-old Steuben School District 5 building stands in shambles just south and west of the Highway 14 bridge over Lovewell Lake. The district educated children from 1872 until 1959 with this building being used from 1926 until 1959.

W. T. Hunter – William Timothy Hunter - was postmaster during the first and second times the post office was established at Steuben. He was replaced by Emily Diamond for t...