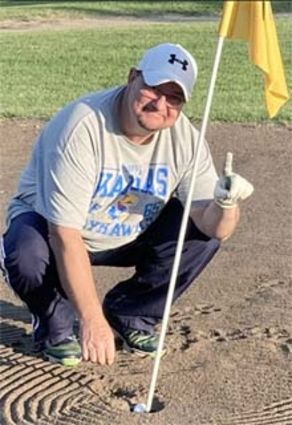 Mankato native Corey Freeman scored his first hole-in-one on Monday evening at the Mankato Country Club. Freeman was playing with his father, Dale Freeman, as well Brian and Angela Murray. The ace happened on hole no. 4, a 124 yard par three that plays downhill and across a drainage draw. Freeman said his shot was headed directly for the pin, bounced just short of the hole, hit the pin and fell in. Regular Monday night men's league golfers were playing on hole no. 6, a couple holes ahead of Freeman, and could hear the cheers coming from hole no. 4. Corey now resides in Phillipsburg. He h...