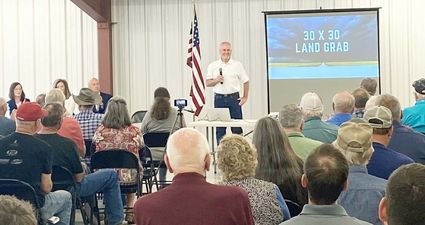 Thursday, Governor Pete Ricketts held a town hall meeting at the Clay County Fairgrounds. The meeting was to inform landowners about his opposition to the 30x30 plan being promoted by President Biden. More than 100 local officials and landowners attended the meeting. Landowners expressed concern about how the federal government planned to acquire the land. From what I learned, it seems they may go about it in a sneaky, underhanded way.

The 30 by 30 plan hopes to conserve 30 percent of US lands and waters by 2030. According to the US Geological Survey, currently, about 12 percent of the...