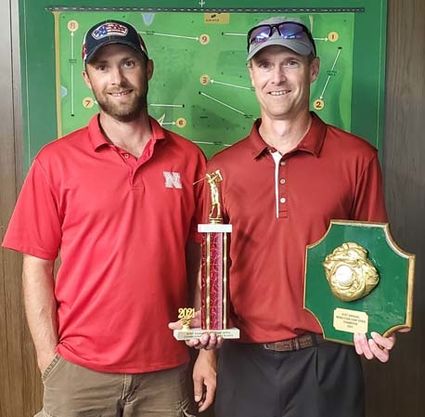 Sunday the 2021 Men's Cow Chip Open was held at the Lawrence Country Club. After the first nine holes, Kelly Karmazin and Philip Schroer tied with a score of a 31. They had a sudden death match with Karmazin becoming the medalist. Brad Kohmetscher, men's officer. is pictured with Karmazin.

The Lawrence Country Club was the setting for the annual Men's Cow Chip Open Sunday. The weather cooperated with sunny skies and a moderate breeze.

The golfers were spread out over six flights with 52 competitors taking part in the event. It was an 18-hole event played on sand greens.