Nuckolls County held its first 4th of July observance in 1872 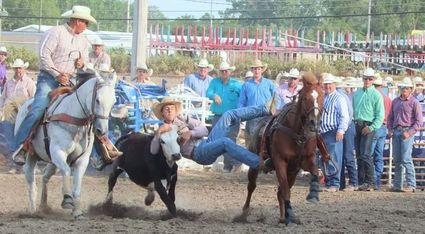 It was not the state finals Wyatt Hajny wanted but he had a spectacular sophomore rodeo season. He finished 26th in the Nebraska High School Rodeo. Wyatt got both steers down but not quick enough to make the top 10 and short go.

(The following article was taken out of The Nelson Gazette June 29, 1967)

The Fourth of July was always celebrated with great fervor in the old days Everyone welcomed the opportunity to break the monotony of the day-to-day frontier loneliness.

The first observance of the Fourth of July in Nuckolls County was in 1872. It was held under a spreading cottonwood tree on the west side of the Little Blue, opposite 'The Narrows', scene of an early-day Indian raid. The Declaration of Independence was read, an orator performed. Patriotic songs were sung.

Things got livelier as the country's popula...