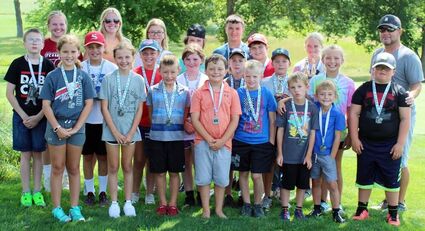 The Superior Country Club hosted a youth golf camp Thursday and Friday. Young golfers from Nuckolls and Thayer counties participated in the event. The girls and boys ages ranged from five to 13 years.

The camp kicked off with a representative from Brodstone Memorial Hospital advising them of the benefits of sunscreen and the hazards of prolonged exposure to the sun.

The campers were presented with an introduction to the game of golf as well as its history. They were given individualized instruction for driving the ball, chipping and putting. After the...