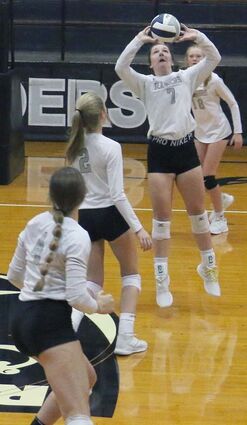 Once again a tough schedule has tested the Lady Raider from L-N. Last week games were two again Class C-2 team and a greatly improved D-2 team. The ending of the week saw the girls with a season record of eight wins and eight losses as they cross the half way mark of the year.

L-N hosted all games last week with a triangular on Tuesday and a single game on Thursday.