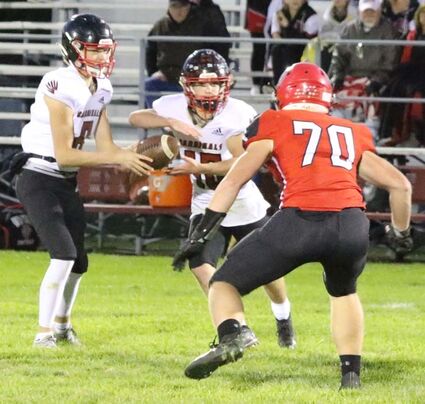 It was a tale of two halves not making a whole for the Superior High School football team Friday. The Wildcats and the Doniphan-Trumbull Cardinals were evenly matched on the field throughout the first two quarters of play. Each team scored a touch down in the second quarter to leave the field tied at seven at the half.

Then the wheels came off for Superior. The offensive line turned porous. The defense followed its example. The result was 22 unanswered Cardinal points in the third quarter leaving Superior facing a 29-7 deficit at the start of the fourth and final quarter. The Wildcats we...