Bids being sought for demolition of county jail 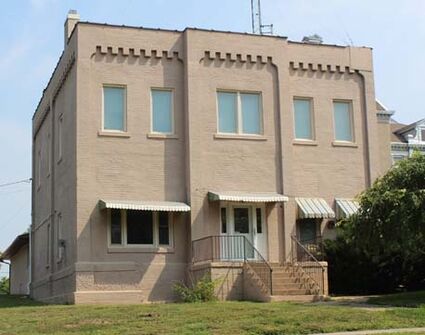 The Nuckolls County Jail, built in 1878, may soon be but a memory. The Nuckolls County Commissioners explored demolition possibilities at Monday's board meeting. Plans are to raze the jail building but retain the addition at the rear for future use.

Now when the Nuckolls County Board of Commissioners meet, roads are often perceived as the most important item on the agenda.

Apparently that may not have been the case in the first decade of the county's existence for the first building of consequence constructed by the newly established county was the construction of a jail house in 1878, only six years after the county was established. The courthouse came later.

The 150th anniversary of the establishment of Nuckolls County will be achieved in 2022 but the jail may be gone before then. The county is currently seeking bidders interested...