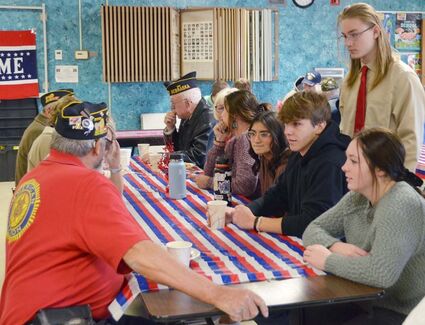 A little bit of all the above was the hallmark of the 2021 Veterans Day programs at the L-N Public Schools Thursday, Nov. 11.

In 1919, President Woodrow Wilson declared November 11 as 'Armistice Day' and it was declared a National Holiday in 1938. After World War II and the Korean conflict, the name was changed to Veterans Day.