Spring-like storm will long be remembered 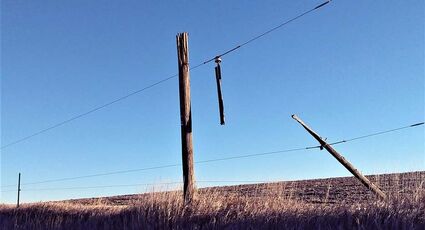 The South Central Public Power District lost a total of 22 poles in its distribution system. They were widespread across their system with the majority of them being in the Nuckolls and Webster county area. The wind damage to one such power pole is shown in this picture. (Photo courtesy of SCPPD)

During the afternoon and evening of last Wednesday a highly unusual storm focused on our area. Like the blizzard of 1888, it was one that will long be remembered and talked about. It came incredibly just five years after a similarly-unusual but less-impactful event occurred on Christmas Day 2016.

In briefings held in advance of the storm National Weather Service employees at the Hastings office said in all their years they had never seen a storm setting up like this one was. It an unusually-intense and fast-moving low pressure system which swept through the region, setting off: