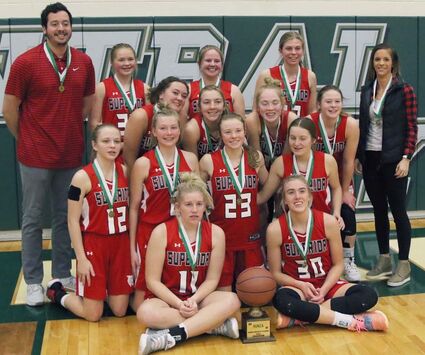 The Superior High School girls basketball team downed the Cross County Cougars, 51-35, last Tuesday, at Superior, in the opening round game of the Runza Holiday Tournament. The team continued its winning ways when they edged The Milford Eagles 48-45 at Milford. They played their final tournament game Tuesday with results unavailable at press time.

Superior never faced a major threat from Cross County as they pulled out to a 19-12 halftime lead. The Cougars attempts to close the gap were futile and Superior entered the holiday moratorium with a 51-35 win.