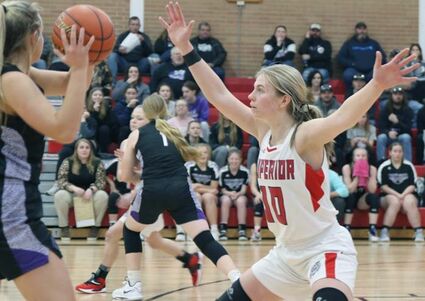 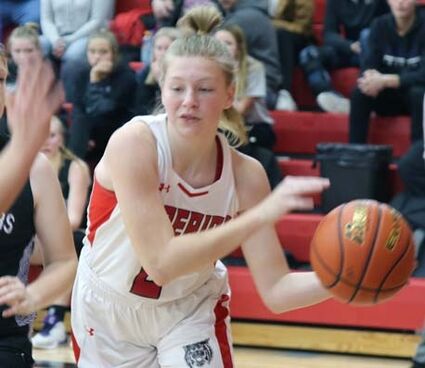 Laci Kirchhoff (0) controls the ball on the base line for Superior against Fillmore Central, Saturday in Superior.

Superior won with a score of 42-24. Shayla Meyer and Sadie Cornell took the lead with 12 points, and Ella Gardner added 6. Cornel made three 3-pointers, Gardner and Meyer both made one 3-pointer. Meyer made the most defensive rebounds, eight. The team made 22 defensive rebounds.

Cornell and Teegan Duncan made three 3-pointers and Neah McMeen added two 3-pointers. Ella Gardner scored on five out of eight of her free throws and Meyer made two out of three free throws.