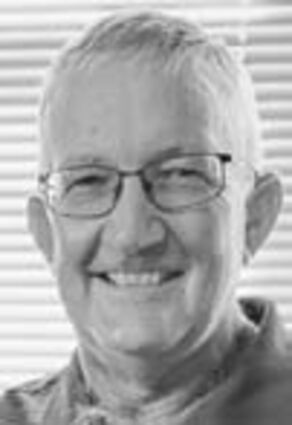 Steve grew up on the family farm, attending school and graduating from Byron High School in 1974. He was a sports enthusiast, playing football, basketball, and running track and cross country. He attended Dana College for one year, then transferred to the University of Nebraska-Lincoln, where he earned a bachelor's degree in agricultural economics in 1978. After two years working in the ag markets in North Dakota and Minnesota, Steve returned home in 1980 and farmed with his dad, Lavern, for more than 40 years.

He married Marla Sellon on Oct. 17, 1981, at St. John's Lutheran Church in Randolph, Neb. This union was blessed with the birth of two daughters, Stephanie and Melissa.

Steve enjoyed playing town team basketball in Hebron, where he made lifelong friends. He also played on a softball team, was in a bowling league, and enjoyed playing golf. He was a life-long member of St. Peter Lutheran Church, serving on the church council and participating in Men in Mission Bible study.

Steve's greatest joys in life were his family and his farm. He grew corn, beans, wheat and milo throughout his farming career, and briefly raised pigs before switching to a cow-calf operation. Steve took great pride in his Angus cattle. He and Marla spent lots of quality time together checking cattle on "the Ponderosa," a pasture he shared with the Reuben Schleifer family, and at the Kansas pasture, which once belonged to his Grandpa Kettelhut. A favorite time of year was always harvesting with his dad and brother, Dave.

Steve and Marla enjoyed many trips with family and friends over the years. Steve was a devoted Husker fan, even in the not-so-good years, holding season tickets to Husker football games for 25 years. In recent years, he enjoyed many weekend trips with Marla to visit Steph, Melissa, and Jesse in Omaha, especially since the birth of his granddaughter, Addison.

Memorials to the family's choice to be designated later. Price Funeral Home of Hebron assisted the family with the arrangements.