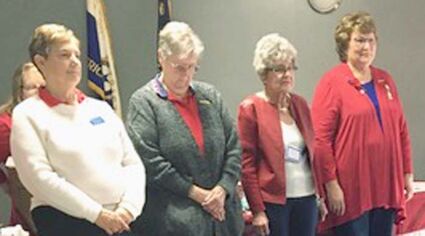 Jim Menke, Vince and Teresa Walton, Bill and Pam Riley and Chuck and DeAnna Tuttle attended the Legion District 10 Convention held at the Edgar Post on Saturday. Eleven individual units were represented and several department officers were in attendance.

A welcome was extended by the Edgar Post and Department President Dick Benes shared opening remarks from the state organization. Updates to the constitution from national headquarters were read and will be adopted by the department and units throughout 2022.

As is customary at district gatherings, a memorial service was held in remembran...