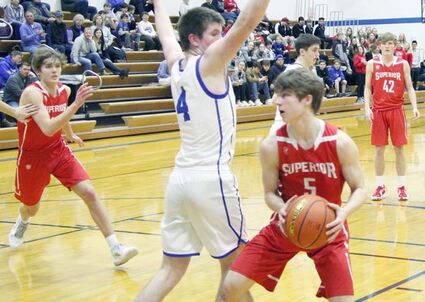 The Superior High School boys basketball team saw their road to the state tournament swept away with a 59-26 loss to Hastings St. Cecelia at Hastings last Tuesday. The loss snapped a four game win streak for the Wildcats. They finished the season with a 6-18 record.

Once again, the Wildcats played a competitive two quarters against the Bluehawks, only trailing 24-19 at the half. Unfortunately, they were out pointed 37-9 in the last two quarters.

Miller led the Superior scoring with...