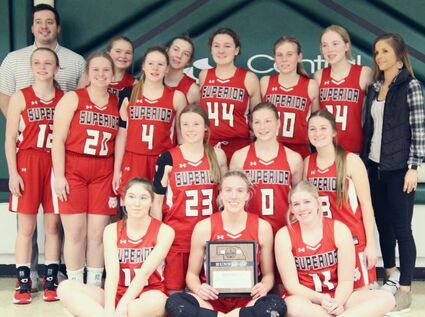 The Superior High School girls basketball team will not be returning to the state Class C-2 tournament for this year. The Wildcats saw their way to Lincoln derailed by a 53-41 loss to the Crofton Warriors at Central Community College, Columbus, Friday.

The Wildcats spurted out to an early lead but were unable to retain their momentum. After leading 12-11 at the end of the first quarter, Superior began to slide behind the Warriors. Crofton kept up the pressure and finished off the Wildcats. Superior kept attempting to close the gap late in the game but was unsuccessful. The resulting loss...