Damaged this bridge between Formoso and Scandia 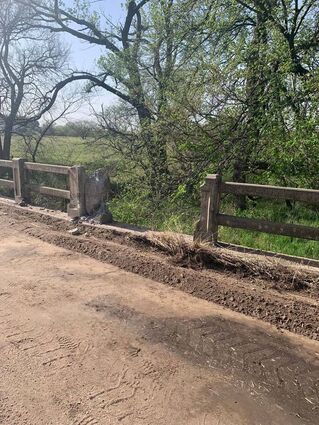 The sheriffʼs office reports the vehicle which is thought to have damaged this bridge between Formoso and Scandia on a county road known as Old Highway 36 has been located. The accident was not reported to the sheriffʼs office but evidence at the accident scene indicated it may have been a maroon vehicle with metal flake and camouflage wrap on it. A portion of concrete bridge rail was broken.

The sheriffʼs office also reports a 2011 Ford F-150 pickup reported stolen in Mankato on Friday, April 29, has been recovered. The report does not indicate if the two crimes are related.