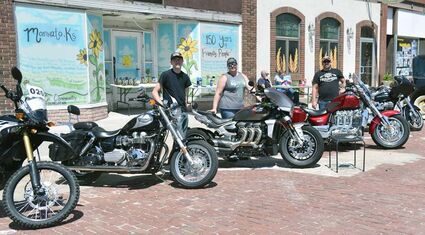 The Babson family each had a motorcycle entry in the Car and Motorcycle Show in Mankato. Pictured are Andrew Babson (son), Burgundy Babson and Josh Babson. Photo by Sheila Lorence.