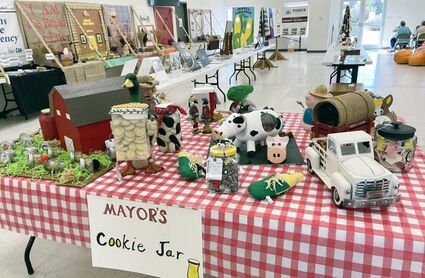 The Mayor Cookie Jar contest was a new feature at this year's Jewell Corn Show. Shown above are the entries. The shows "Farm, Sweet Farm" theme is represented by each entry.