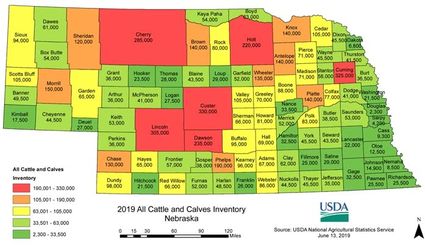 National Ag Week is March 22-28. Since agriculture is Nebraska’s number one industry, ag week is a good time to have a conversation about agriculture and recognize and thank the people behind the food, feed and fuel we depend on every day.

When agriculture does well, our state does well. Even after last year’s challenges with blizzards, flooding, low prices, etc., Nebraskans pulled together. The dedication, resourcefulness and resiliency of Nebraska ag producers helped keep the state’s ag industry strong. These top national rankings from the U.S. Department of Agriculture show what a strong Nebraska ag industry looks like.

To highlight how important agriculture is to our economy, just look at the numbers. Nebraska’s ag industry adds more than $21 billion a year to the state’s economy (2018). Ag exports, $6.8 billion of that number, are only part of the story. Every dollar in ag exports generates $1.28 in economic activities such as transportation, finance, warehousing and production.

Even with all of Nebraska’s top national rankings in agriculture, there is room to grow and many ways to do it. For example, Nebraska agriculture continues to grow and add value by expanding livestock production, attracting investments and business expansions, and growing international trade. 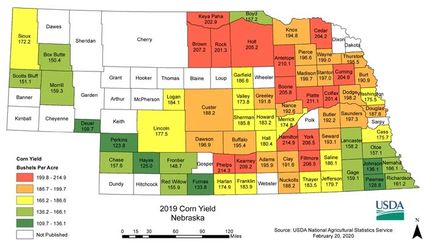 Since Nebraska farmers and ranchers produce more food than we use, we need to continue to help expand our domestic and international markets for their products. Nebraska farmers and ranchers continue to increase their production while conserving our natural resources. Their safe, high quality food products fill our plates and fuel tanks here and around the world. We’ve started 2020 with good news about trade including the passage of USMCA (U.S.-Mexico-Canada agreement) and a phase-one trade deal with China.

Thank you for letting me use National Ag Week as an opportunity to shine a spotlight on Nebraska agriculture. During this week and always, remember to thank the farmers, ranchers and ag industry for providing us with the food, feed and fuel that we use each and every day.