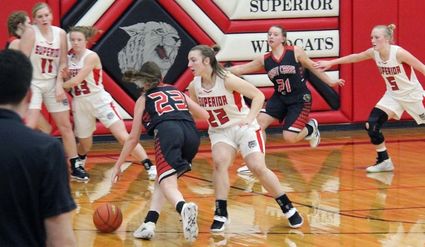 Superior defenders swarm a Sandy Creek ball handler during Saturdays game at Superior. Superior came away with a resounding 52-13 win.