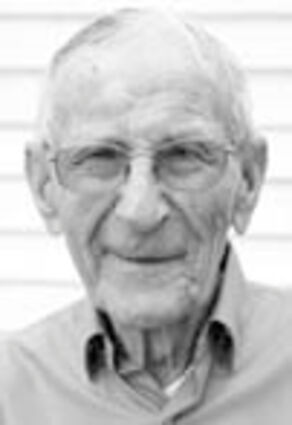 Emil Stichka, Sr., with his earthly labors finished, and having lived a humble and faithful life was called home to his eternal rest at the age of 93 years, 2 months and 20 days on Sept.11, at the Thayer County Hospital in Hebron, Neb.

Emil, the youngest of eight children of Frank and Anna (Koci) Stichka, was born on June 22, 1928, on a farm near Lawrence, Neb. He was baptized and confirmed on April 10, 1955 at Salem Lutheran Church by the Rev. W.H. Hanselmann and attended Prairie View Country school near Lawrence through the eighth grade. Later the family moved to a farm near Nelson, where he helped his dad with farming and later began farming on his own.

On Jan. 13, 1951, Emil was called up to serve his country in the Korean Conflict with the second infantry, 23rd Regiment with the 37th field artillery, being honorably discharged Nov. 19, 1952. He was a member of the American Legion Post 242 of Ruskin, Nebraska and V.F.W. Post 11010 of Deshler. Upon his return to civilian life he resumed farming near Nelson.

On Oct. 4, 1953, Emil was united in marriage to Geraldine Mae Judy at Salem Lutheran Church, near Superior, by W.H. Hanselmann. This union was blessed with five children: Michael, Marcella, Debra, Emil Jr., and Gregory.

After farming in the Nelson area until 1957, they moved to a farmstead south of Ruskin. In March of 1964, they moved to Ruskin where they resided for the next 57 years. Upon their move to Ruskin, Emil worked briefly as a farm hand for Orville Bargen at rural Hardy. He then began delivering bulk fuel for Alvin Petersen. Following Alvin's death, he began working for Alvin's son Berwyn of Petersen's Oil and Fertilizer Incorporated. Later, Emil's eldest son, Mike, and wife Connie, purchased the business from Berwyn where he continued working for C & M Supply until his retirement. It's hard to say how many miles Emil put on the fuel and propane trucks over the years, but he was a reliable and dedicated employee who formed many friendships with his fuel customers.

Emil was a loving and devoted husband, father, grandfather and great- grandfather, who found so much joy in watching his family grow up and being a part of all their sporting, church and school activities, weddings and countless family gatherings to celebrate birthdays and holidays.

Emil had a special love for his farming years and a deep pride in his Czech heritage. He never missed a weekend Polka dance along with his wife and friends. In his active years he found pleasure and relaxation in fishing, reading and working in the yard and garden. He enjoyed the mountains in Colorado and took many vacations there with his wife and family. His later years you would find him out in the yard tinkering with his vehicles and mowers, listening to Polka music, drinking lots of coffee along with numerous naps in his favorite chair and climbing in his favorite pickup for his daily drives out in the country side.

Music was "How Great Thou Art," "In The Garden," "Abide With Me," and "I Know That My Redeemer Lives," with Stephanie Thayer as the vocalist and Kathy Kniep as the organist.

Interment with Military Honors was in the Nelson Cemetery.