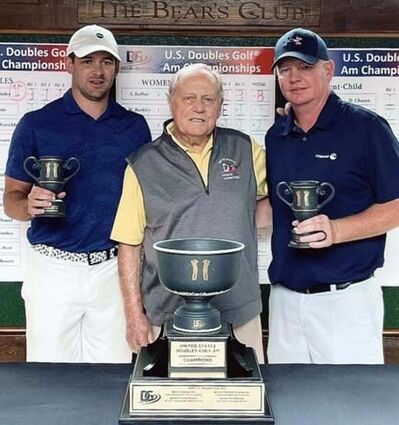 Ryan Butler and Alex Thayer, Superior High School graduates returned home from Jupiter, Fla. last Tuesday with a national golf title to their credit. They won the U. S. Doubles Golf men's championship played over the Bear's Course. Butler and Thayer are both Superior High School graduates. Butler is employed at the Superior NAPA store. Thayer works as a Charles Schwab financial adviser in Hasting. The duo qualified for the national event at Beatrice in October.

Jack Nicklaus is a legend in the world of professional golf. The Golden Bear holds the record for most major championship wins. H...