Wanda Frasier, Downs Postmaster celebrated 30 years with the United State Postal Service on Jan. 25. Frasier was hired as a Postmaster Relief (PMR) Jan. 25, 1992, at Burr Oak, where she resides. She served in that non-career capacity until 2003.

While serving as a PMR, Frasier was a featured writer for the National League of Postmasters, contributing articles in her personal column "The PMR Point of View" from 1998 to 2003.

In 203, Frasier was sworn in as postmaster at the Burr Oak Post Office. More than 100 people attended the ceremony and the manager at the time commented it was the largest he had attended.

She served the Burr Oak community as postmaster until 2014, when the USPS implemented the first phase of "Post Plan," to reduce hours at smaller offices. At that time, Wanda applied for the Downs office, being sworn in Oct. 2, 2014.

As a non-career employee in the beginning, Frasier served on Officer in Charge (OFC) assignments in the towns of Webber, Jamestown and Burr Oak.

From 1995-1998 she attended classes at Barton County Community College, Great Bend, driving to Postal Administration classes every Wednesday night for three years. She received her certificate of completion May 1998. This was on her own time and own dime, but she states, "I learned a lot."

Frasier is a 1971 graduate of Lebanon High School and attended Cloud County Community College and also completed a general business course at Brown Mackie Business College in 1973. She was married to the late Doug Frasier for almost 42 years. They have four sons, and Wanda enjoys her seven grandchildren with number eight due in March.

In the past, Wanda served several years as Veterans Day chairman for the American Legion Auxiliary in Burr Oak, as well as serving as a member of the board of education. She is also the pianist at the Burr Oak Christian Church, where she is a member. 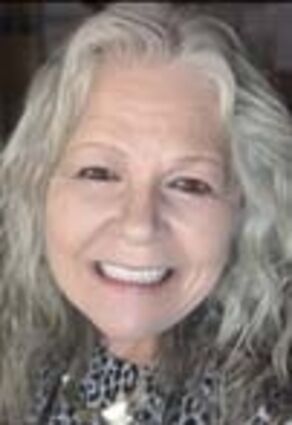 Frasier enjoyed her years working in Burr Oak and did not want to leave her hometown. However the way the post office was reorganizing at the time, she had to make a change. She comments, "I enjoy serving the Downs community. The people are so nice! I have felt right at home since the beginning. I plan to keep working - I will know when it is time to retire."