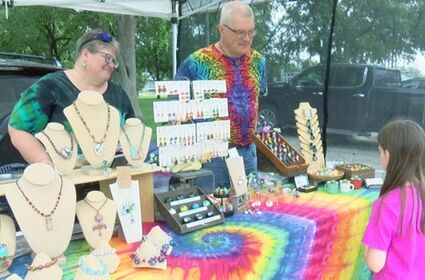 (Editor’s Note: The following was reported on the Internet ‘Facebook’ via NTV News Channel Station. We are repeating what was written at that time. A film report was made last week by the TV Station.)

Chris and Stephanie Haussler shared with NTV News how they create their jewelry and glass designs.

They have been married for 31 years, in 2007 they started their own Business “Pixybug Designs” combining their talents.

Stephanie grew up in Sabetha, Kan., and Chris grew up in Grand Island and Doniphan, Neb. They met at Peru State College. Stephanie said she only makes jewelry she...