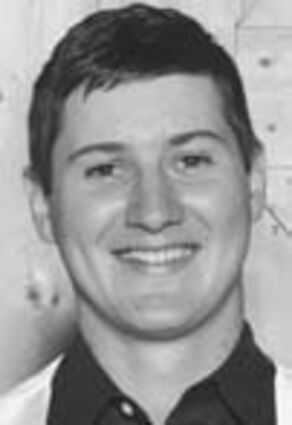 Charles Robert Himmelberg, 28, a Lawrence resident, died July 8, 2022, at Nebraska Medicine in Omaha. A Celebration of Life was held at 7 p.m. Wednesday, July 13, at Brader's Barn near Pauline. A funeral will be held at 10:30 a.m., today (Thursday) with the Rev. Lance Clay officiating at First United Methodist Church in Hastings. A private family burial will follow. Charles was born July 20, 1993, to parents Tim and Charleen (Watts) Himmelberg in Hastings. He attended Blue Hill Public Schools, graduating with the Class of 2012, and later graduated from Central Community College of Hastings with degrees in both ag business and livestock management. Charles returned to the family farm and worked alongside his father, and later his wife, Caroline. Charles and Caroline were married on June 23, 2018. Together they built a life that they loved. They welcomed two beautiful daughters, Scarlett Grace (2) and Sage Annalise (1) who were the absolute light of Charles' life. Charles and Caroline eventually worked together to grow their farm operation, cattle herd and give their daughters the small town farm life that Charles loved so much.

Charles had a contagious smile, and never met a stranger. Charles enjoyed team sports and participated in many adult basketball and softball leagues along with being an avid pool player. He enjoyed college basketball, fantasy football leagues and watching professional sports.

Charles is survived by his wife, Caroline; daughters, Scarlett and Sage of Lawrence; his parents, Tim and Charleen Himmelberg of Blue Hill; sister, Jacqueline (Jacob) Kucera of Blue Hill, sister Alexandra (Aaron) Ohri of Omaha; grandparents, Robert and Betty Himmelberg of Lawrence and Charles and Ann Watts of Edgar.