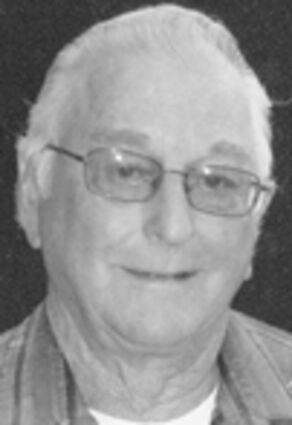 LaVern Bohling, 89, died on Nov. 19, 2022. He was born on July 21, 1933, in Hebron, Nebraska. Two days later he was baptized on July 23, 1933. He proclaimed his faith on March 30, 1947, to his family and church as he completed his confirmation at St. Paul Lutheran Church Byron, Nebraska. He chose Psalm 37:1 – "Fret not yourself because of evildoers; be not envious of wrongdoers!" to be his confirmation verse. Throughout his life on earth, he lived by this Bible verse. Despite all of the evil and sin in the world, he always showed kindness to his neighbors and always lent a hand when it was needed. Growing up LaVern helped his father out on the farm by doing chores every morning and evening. During his school years, he found his love for sports. He especially enjoyed playing basketball as player No. 24 for Byron High School. In spite of going to high school and playing basketball on the side, he always made sure the farm chores were done. Afterwards LaVern started working for Reinke Lumbar Company in Byron.

The love of his life moved into his hometown of Byron in August of 1952, after graduating with her teaching degree. LaVern's good friend had told him of the "cutie" new school teacher that had recently moved into the area. When the school held their Halloween dance for the students, LaVern had to attend in order to meet the new school teacher. That was when LaVern met his future wife, Janice Thayer. On Christmas Day in 1955, LaVern and Janice professed their love for each other with a very unique wedding ceremony, which he shared with his twin brother and sister-in-law. To this union, three children were born; Terry, Gregg, and Cindy.

LaVern worked hard his whole life, but he knew how to play harder. To support his family, he worked full-time at Ideal Cement Plant in Superior. In addition, LaVern farmed on the evenings and weekends, which is a love he shared with his father.

Once LaVern and Janice launched into their retirement years, they often participated in car shows, showing a 1973 Chevy Capris convertible and a 1963 Renault convertible. Frequently they would delight themselves in day trips with their friends driving to different places. Besides going for a day of gambling with friends, another favorite activity was to drive down to Texas and Mexico during the cold winter to stay for a few weeks.

Although, LaVern never quite left the hard-working segment of his life. He consistently lent a hand to his friends and children, helping farm, build fences, and much more.

LaVern was preceded in death by his parents, Herman and Frieda Bohling; and his sister-in-law, Arlene Bohling.