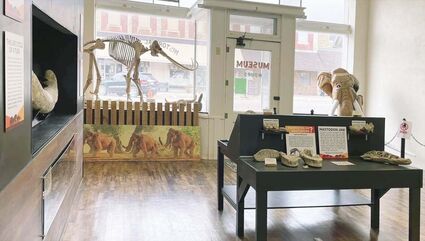 Saturday, the Jewell County Museum held an open house in conjunction with Small Business Saturday and the official opening of the Christmas season in downtown Mankato. One of the dominant features near the front of the museum are bones of a giant mastodon which once roamed Jewell County.

The museum has been undergoing renovations since April, and this was the first time the general public were allowed a sneak peak of the progress.

Some of the new features include a model Columbian Mammoth skeleton imported from China, a chainsaw carving of...