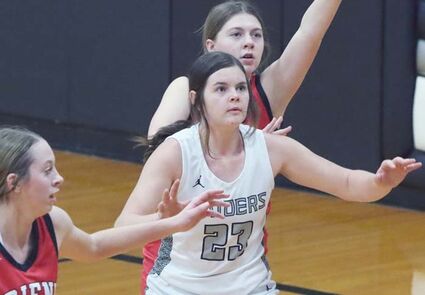 Josie Hajny is in position to capture a rebound for Lawrence-Nelson during their game with Friend at Nelson Friday.

The Lawrence-Nelson girls basketball team fell to the Bruning-Davenport-Shickley Eagles, 49-25, at Nelson last Saturday, Dec. 10. The Raiders downed Friend 52-39, at Nelson, Friday to improve to 2-3 for the season.