Christmas: The Hope of The World 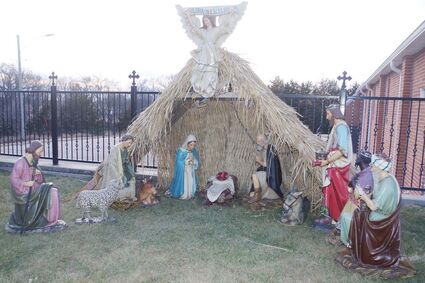 The birth of Jesus Christ in a manger is portrayed in this nativity scene just outside the Sacred Heart Catholic Church in Superior. A reed over creche protects the Christ child, Mary and Joseph replicas with the wise men and shepherd on each side.

On the eve of history's first Christmas, it was a dark time for the Jewish people. Their land was occupied by the Roman Empire. The Lord God had not spoken to them for hundreds of years. Heaven's voice was silent. Their religious texts spoke of prophecies about a King that would rise up from among them. They anticipated this King, that He would be their deliverer from Roman rule. How would darkness be turned to light? How would despair be turned to hope?

In approximately 4 B.C. a divine earthquake caused a split right down the middle of human history – the birth of Jesus Chr...