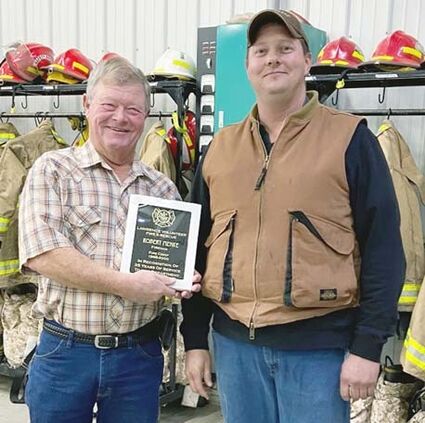 The Lawrence Volunteer Fire Department saw two veteran fire fighters retire in 2022. Bob Menke is a 46 year veteran, and Bob Theer a 34 year veteran. The men were recognized during the December meeting of the LVFD.

Mr. Menke has served from 1976 to 2022 and joined when Arnold Krebsbach was fire chief. He was a member of the original EMT squad in Lawrence and served as fire chief from 1998 until 2002.