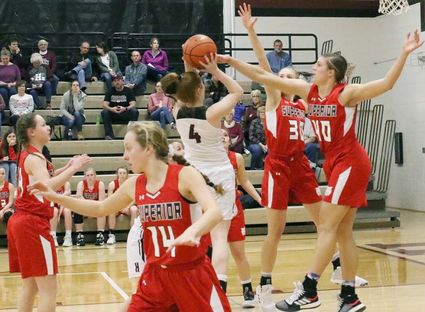 On Tuesday the Wildcats went to Henderson to play the Heartland Huskies. The Lady Cats started the game behind the Huskies letting them score six points before they could score any. The Cats then quickly picked up the pace and scored nine points before the first quarter was over. The Cats kept that momentum throughout the game to win with a final score of 52 to 24. Kalynn Meyer scored 22 of the Cats points, and Shayla scored nine. The Cats scored two three-pointers, coming from Shayla Meyer and Trisha Hayes. Shayla Meyer had seven defensive rebounds, while Kalynn Meyer had six. Zaveah Kob...