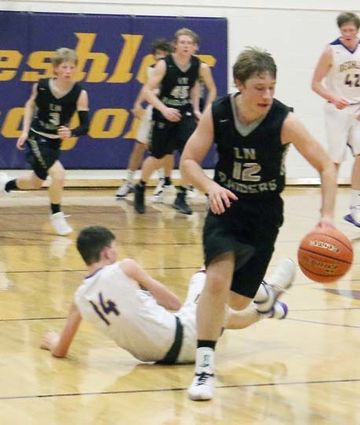 Logan Menke was the top Raiders scorer with 15 points. He grabbed two rebounds. Blake Janda and Trevin Kotinek hit for six points each while each p...