Nuckolls Fair has been different before-1952 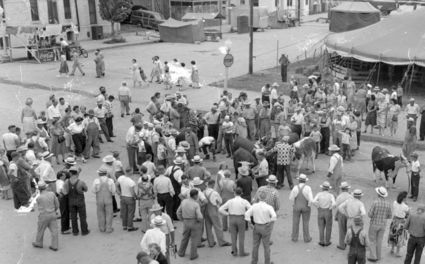 Nuckolls County held two fairs in 1952. This picture shows the crowd gathered in Superior near the Union Hotel - now the Superior Commodity Shop.

For the fair held in Superior, large tents were erected north...