Back to her roots 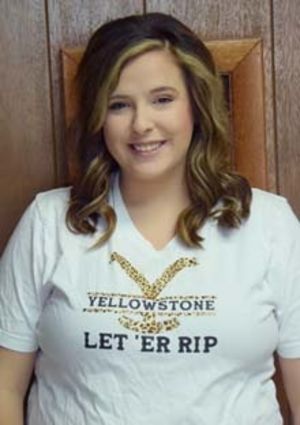 Growing up just outside of Esbon, Emily Pierce started school at White Rock, where she went to school until fourth grade. She then went to Rock Hills where she graduated in 2015. After graduation, Pierce went to trade school. She now owns her own business, Country Roots Salon, which she has owned and operated for three years.

In her free time, Pierce enjoys crafting and playing with make-up.

Pierce met her husband when he came in to her salon for a haircut. They were married in September of 2019. Pierce has one baby and three dogs she considers her children.