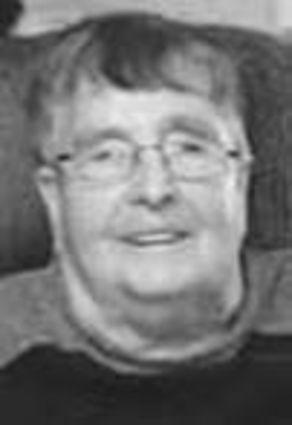 Larry attended elementary schools in Republic, Salina and Scandia where his father managed lumber yards. He graduated from Scandia High School in 1953. Larry started farming at the age of 17, first as a farmhand learning the trade and then on his own. He shared his passion for farming with others and led by example while instilling good work ethics. He was one of the first farmers in Republic County who rotated corn ground into soybeans 59 years ago.

He was united in marriage to Patsy Ann Nelson on July 27, 1952. To this union five children were born: Gary Dean, twins Jane Ann and Judy Ann, Richard Dean and Ryan Dean.

Larry was a 32nd degree Mason of Scandia Lebanon Masonic Lodge 221. He enjoyed being a member of ISIS Shriners Blue Patrol and The Scottish Right of Salina. He was also generous in serving his community as a board member of the Farm Service Agency, Rural Water District 1, Kansas Farm Management, Courtland Township, Concordia Full Gospel, and the Scandia Museum. He took great pride in supporting the Scandia and Courtland communities.

Larry was a good neighbor and friend to all. Upon retirement, Larry and Pat enjoyed camping, watching the grandchildren’s activities, and fishing trips with his sons. Larry enjoyed history, collecting and selling antiques, attending county fairs and driving his International H tractor in area parades.

He was preceded in death by his parents; brothers, Alfred and Wymann Hobson; sister, Vesta Sankey; and son-in-law, Steven Headrick.

He is survived by his wife, Patsy, of their home; son, Gary and wife, Bonnie, of Colony, Kan .; daughter, Jane Headrick of Superior; daughter, Judy and husband, Steve Freed, of Abilene, Kan; son, Richard and wife, Mary Kay, of Scandia; son, Ryan and wife, Diane, of Chatham, Ill .; 16 grandchildren; and 23 great-grandchildren.

Larry leaves this life as an incredible man who impacted many lives in his 85 years. He will always be known for his kind heart and showering that kindness on others.

A graveside service was held at 10 a.m., Tuesday, Dec. 8, at the Riverview Cemetery, Scandia, with Pastor Dwight Garman, officiating.

Visitation for the public was from 1 until 7 p.m., Monday, Dec. 7, at the Bachelor-Surber Funeral Home, Scandia.

Memorials are suggested to the Scandia Museum or the Pike Valley Foundation.

The services were livestreamed on the Bachelor-Faulkner-Dart-Surber Funeral Homes Facebook page at were available for viewing on the website following the services.

Bachelor-Surber Funeral Home, Scandia, was in charge of the arrangements.