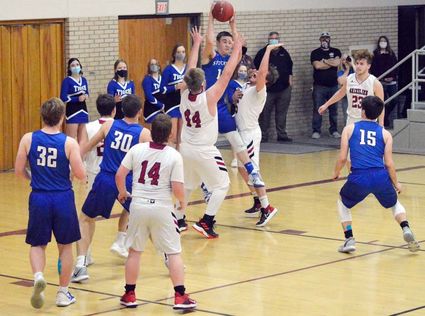 And so the season ends for the Rock Hills High School boys basketball team with a 59-44 loss to Stockton, at Osborne, Friday. The Grizzlies were the number one seed but were outplayed by Stockton. Rock Hills earned a first round bye because of their seed. This extended time period of no game activity may have worked against the Grizzlies when it came game time.

Rock Hills mounted a fierce third quarter comeback attempt. They were unable to maintain the momentum and saw their season come to an end.

After a rocky start to the season, the Grizzlies regained their equilibrium throughout a m...