Jensen has been playing guitar since age 9 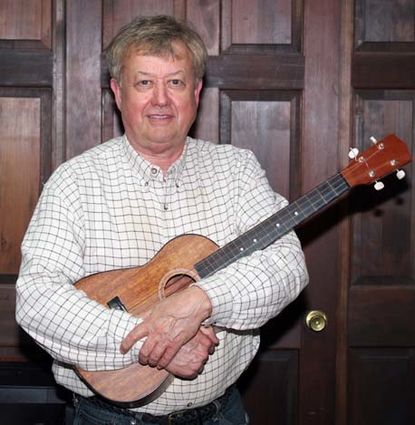 Tom Jensen cradles his ukulele, one of several instruments he plays. Jensen has performed for area audiences for more than 50 years, from his start as a high school rock and roller to the present day.

Tom Jensen acquired an abiding love of music as a young child growing up in Oak and Nelson. He was raised in a home which was filled with music. His mother was an accomplished pianist with a liking for country music.

Jensen was nine years old when he acquired his first guitar, an acoustic flat-top Sears Silvertone guitar. Jensen trained himself to play. One of his first discoveries was that a knife is not the best guitar pick to utilize. He realized that practice and self-discipline were the keys to becoming an accomplished musician. He dutifully continued to learn and progress in his a...