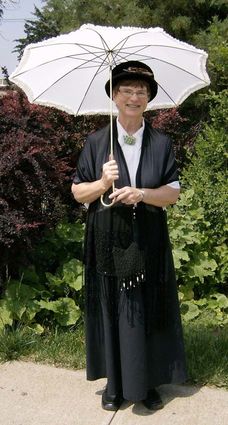 Beverly Beavers will reprise her role as Evelyn, Lady Vestey, for the final time, Saturday, at Superior's First United Methodist Church. Beavers has presented the one-woman show, highlighting the life of Evelene Brodstone, across the state. After 22 years she is ready to pass the mantle to another portrayer.

Beverly Beavers has led a double life for the past 22 years. Before her retirement in 2020, Beavers taught sixth graders at Superior Elementary School. She also has another persona. Since May, 1999, Beavers has portrayed Evelyn, Lady Vestey, in a one-person show. She took over the role from the late Betty Tremain.

Tremain, a former Superior resident, had been a pen pal of Evelene Brodstone.

Brodstone had been raised and educated in Superior where she graduated from the high school at age 14. She then took business courses in Iowa. She returned to Superior to work. At the age of 20 she t...