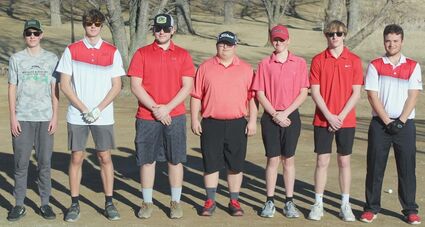 Moderating weather conditions have allowed the Suprior High School golf team to begin preparations for the upcoming 2022 season. Kirk Utecht, head coach and Super ior Country Club superintendent, has the players working on form. The course was recently reopened to play after the sprinkler system was started and the course watered. The extended drought conditions had led to the closure of ther course.

Unlike last year, there will be no girls playing as they formed their own team. Last season there were not enough girl golfers to form a team. Under NSAA rules they were allowed to compete...