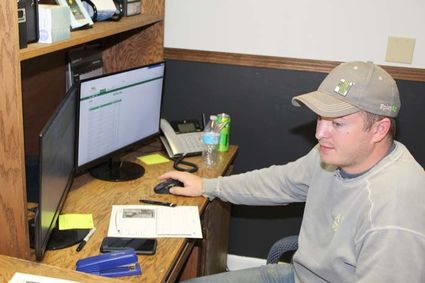 Cole Epley has realized his dream of returning home to Nuckolls County to live and work.

Epley is a 2014 Lawrence-Nelson High School graduate. He has three younger sisters, Hallie, Emma and Hayden. He was raised in the Nora community.

After high school graduation he attended the University of Nebraska-Lincoln, earning a degree in ag economics. In 2015, while attending UN-L, he began working for Futuresone, a company dealing in futures trading. He worked in the sales department. He graduated from UN-L in December 2017. He continued his employment with Futuresone after graduation.