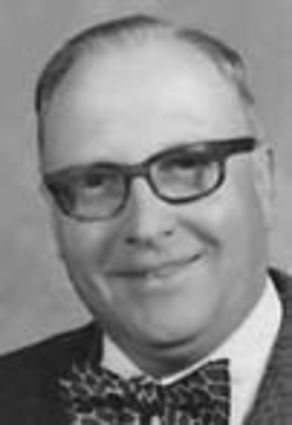 Lloyd Lester Lesley Jr. died Thursday, March 19, at Jewell County Hospital. He was born on April 3, 1925, in Beloit, to Lloyd Lesley and Ressa (Davis) Lesley. Lloyd grew up on a farm near Scottsville and graduated from Scottsville High School in 1943. After high school, Lloyd received a bachelor of science and a master of science degree from Emporia State University and obtained 80 graduate college hours beyond his masters.

Lloyd served 35 years in public education as both a teacher and principal. He was proud of this achievement and thought highly of his students. Lloyd was married to his wife, Margaret (Tipton) Lesley from Beloit for 58 years. Lloyd was very attentive to Margaret and the two of them cared for each other deeply.

He was an only child with few family members and loved Margaret’s family as his own. Lloyd and Margaret spent the last years of their retirement in Mankato where they met and grew to love Trevor and Abby Elkins and Ronda Ost as family. Lloyd enjoyed time with Margaret and his special friends. Lloyd and Margaret loved listening to the Big Bands, especially Tommy Dorsey. He often shared about the days when he and Margaret attended big band concerts together. He was always up to date on current events and could go into detail regarding politics. Lloyd could finish a crossword puzzle book in a few days, liked to read, and even wrote his own book regarding school bus safety. To lighten the mood, Lloyd had a joke to share! Lloyd was a stout Christian and his prayer was that more people would turn to Christ and that God would have mercy on America.

He was preceded in death by his parents and his wife, Margaret. Lloyd is survived by family and special friends.

A family graveside services was held at 2 p.m. Wednesday, March 25, at Highland (Summit) Cemetery along K9 Highway in Cloud County.

Memorials will be given to the National Rifle Association or the Beloit Area Concert Association. They should be sent in care of Schoen Funeral Home and Monuments, 302 N. Hersey Avenue, Beloit.