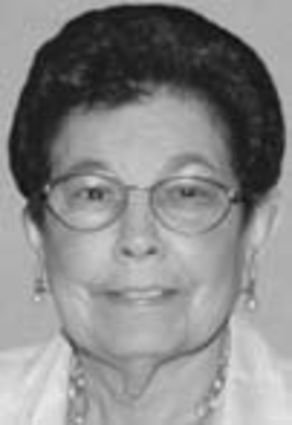 She was united in marriage to Louis Soto on Nov. 3, 1954. The couple made their home in Wood River. They were blessed with sixchildren. In 2019, they celebrated their 65th wedding anniversary.

Rey was the last living sibling in her family. She was one of the second set of twins in her family which consisted of 10 children. Family stories were told that Reynalda and her twin sister, Rosa would often switch places to fool someone. She enjoyed singing and cooking. Rey would stop whatever she was doing to wave at the school bus each day and say a little prayer for all of the children. Her Catholic faith was strong and it was not unusual for her to have the priests and the nuns over for meals.

Rey was a member of the St. Mary Catholic Church in Wood River, St. Mary Altar Society and the choir. She was a dedicated volunteer and was involved throughout the community and the church. Rey was employed at the Good Samaritan Center in Wood River, where she received the award of Employee of the Year.

A private graveside service will be held in the St. Mary Catholic Cemetery in Wood River. A celebration of life will be scheduled at a later date for family and friends.